Today is the Tuesday before the beginning of Lent; in England, today is called Shrove Tuesday, or Pancake Tuesday. While some sources mention that Shrove Tuesday is commonly celebrated in other English speaking countries, I’ve spent most of my life living in either Canada or the United States and I’ve never heard to it referred to as such. Normally in those countries we recognize the Tuesday before Lent as the day of Mardi Gras, or Fat Tuesday, a festive day in which people celebrate by eating a large quantity of fatty foods (and drinks!) before participating in the fasting that is traditionally an integral part the Lenten season. The meanings behind these festive days are quite similar, but there are some significant differences in the ways they are celebrated.

We’re currently living in Normandy, France, a region that houses a lot of British ex-patriates. As such, the British community commonly gets together to celebrate British special occasions, and Shrove Tuesday is one of those days. For Shrove Tuesday the group got together in a well-known park and had a Pancake Day celebration. The highlight of the day was the series of pancake races. In a pancake race, contestants line up along the starting line with a frying pan in hand, a cooked pancake inside of it. When the race starts the contestants must race from the starting line to the finish line, all the while flipping the pancake up into the air and catching it in the frying pan. If you dropped your pancake you had to pick it up and keep running. It was a fun and crazy race!

Afterward the group congregated at a nearby pub and had pancakes (or crêpes) with powdered sugar and lemon on top, as well as buttered scones with jam and hot tea. In all it was a very British afternoon, which was a fun cultural experience for me and my family. 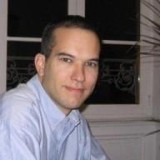