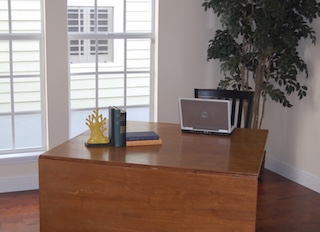 In one of my jobs, I worked as a project manager for a large, very important project with project team members located all over the world – Europe, North America, and Asia. We had some consultants working for our team from a big name consulting company. We had an important goal coming up, and during our daily project team meetings I would ask them how the project is going, and whether or not we’re on track. The answer would always be “yes, we’re on schedule.”

… right until the day before the due date of the work. That was when these contractors suddenly realized that they would need at least another week to get their work done.

This, of course, is not acceptable. It also taught me a thing or two about how to track the progress of my project team members… “are you on schedule” is not enough; you need more detail to ensure that you can make the call whether or not the work is properly on track each day. But lessons learned aside, I had a big problem on my hands… the client was expecting work to be done tomorrow, I had told them the day before that the work would be done tomorrow, and then all of a sudden it is a week late.

You might think this would be a good time to explain to the client the problem I had encountered with our contractors. But that would have several negative consequences:

So I accepted responsibility for what had happened, and immediately offered potential solutions to resolve the problem. I left the project team out of it. Of course, internally we dealt with the problem with our contractors, and they ended up leaving the project, find more info at http://www.thelockboss.ie/. But that was something that did not involve the client or the stakeholders.

It wasn’t easy. Accepting responsibility for something you do not feel is entirely your fault is difficult. But as the project manager, you are responsible. That doesn’t necessarily mean that you are at fault for all of your project’s ills, but at the end of the day, you are the person who is responsible over the project, problems and all. And as a project manager, you willingly accept that responsibility and all of the joys and pains that come with it.

If you remember this, it will make you a better project manager. You’ll have the trust of your project team, and the respect of your clients, stakeholders, and managers.